Distributing applications, the past and present - Make Helsinki

Distributing applications, the past and present

For small developers, getting your creations to the hands of users around the world was for long expensive, hard or just impossible. In the last ten years, application distribution models have evolved hugely. But let me start by looking back more than 20 years.

It was a great white winter day, sometime around 1997, when I had finally developed my first own game to a point I could actually start distributing it. It wasn’t great, but it was my first, with all the menus, music composed, and you could play against another player or the computer. I was proud about it.

But how could I get it out there, for everyone to see it? Or even get some money out of it? Now that was a challenge.. especially if you were an underage, lone developer living in Finland.

Those days the indie developers (and bigger too) often distributed their software as shareware. This meant that they would distribute a limited version of the software for free, and if you’d like to get the full version, you’d have to pay for that. And this usually meant paying with cheque that you sent in an envelope via snail mail, and after the developer (hopefully) received it, they’d send you the full software back in another envelope with physical disks in it.

Cashing cheques in Finland was expensive as hell. As a try out, I managed eventually to sell one license to a utility software I made to US, but cashing the cheque I received a month later costed about as much as the money I made. It was frustrating. In the end, I mostly distributed apps to my friends and to some BBS-systems (digital bulletin board systems, where users could chat, play online games and share files).

Years passed, software and hardware evolved, but digital software distribution was still amazingly immature. In mid-2000’s I was making apps and games for mobile phones, especially for the European market leader Nokia. And still, getting them out was not easy. In Finland phone apps and games were often purchased with SMS: publishers would select games from developers, make full page ads to newspapers and you would send  SMS “GAME TANK1” to number 16xxx and hopefully get to a download link without trouble. Developers needed a contract with publisher, and you were of course limited to a certain geographical market. There weren’t any big players offering app distribution services for small developers – and even Nokia didn’t respond to this, at least not at the time.

And then on mid 2008 things changed. The “Fruit company” that Nokia was not afraid of released App Store and software development kit. Nine months later, 25 000 apps were available in App Store and over billion downloads had been made. App Store was accessible for most developers around the world, whether they even had their own companies or not. Stories about indie developers making hundreds of thousands of dollars over a single weekend accelerated the growth even more. And rushed the competitors to up their efforts. Google followed with their Android Market service at the end of the year and Nokia released their Ovi Store a year after Apple. Finally there was a market for all developers to get their creations out there.

Since then the app stores have gone a long way. Apples initial troubles with manual certificate management and devices registrations have been mostly solved and the process is smooth. App reviews often go through within 24 hours from submission (instead of 1-2 weeks back in the day). Google Play, the successor of Android Market, has overtaken Apple on many fronts. And Nokia.. well, Nokia never got their service very friendly for developers or users. And neither did Microsoft, after they took it over as Windows Phone Marketplace. Still few years back, it was considered one of the worst jobs at our office to publish an app there. The amount of user experience disasters and various error messages were overwhelming. Luckily those times are mostly over now, and even Nokia branded phones are using Android.

The app stores of course still have problems, but they are different. How to get users to download your app, when there are hundreds of new apps released every day? How to avoid scam applications? How do apps even from the biggest players handle your private information? Should you even create an app, instead of a mobile web site?

We at Make Helsinki help our customers with these and other challenges. Drop us a line, if you want to hear more – or comment below what you think! 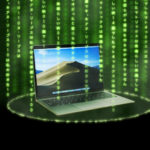 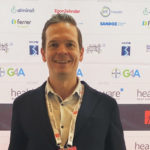 Pharmaceuticals
Frontiers Health: The future of health is digital 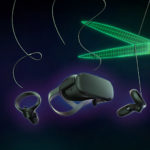 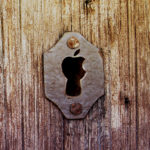 Mobile development
Apple’s new rules for signing in to apps

Our culture
Balance and vacation 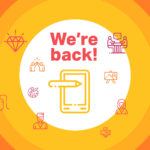 Make Helsinki
The blog is back